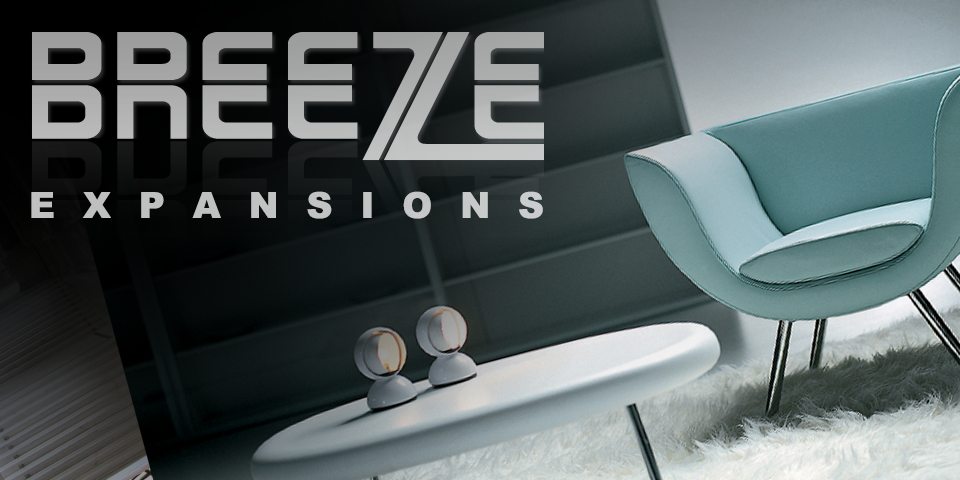 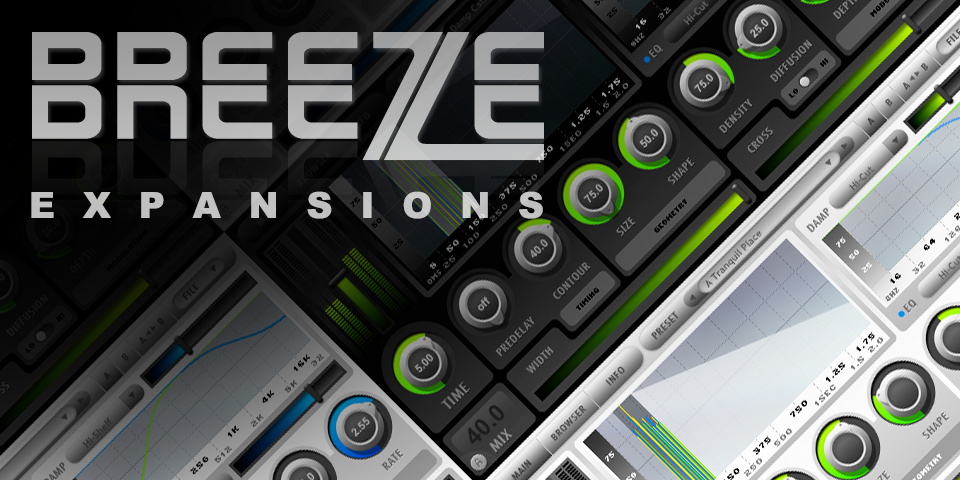 Breeze is a product that is well known for its ease of use and pristine sound. Breeze is beautifully simple. In contrast, oftentimes work as a professional musician is anything but simple. Transitioning from an D-Maj-7-add-9 with a flat 5th to an F#-Dim-7-add-11 without missing a beat is not simple. Hitting that high note that is just out of your vocal range with perfect vibrato is not simple. Perfecting the transitions and articulations in your string library to make your score sound like it was conducted by John Williams and recorded in Boston Hall is definitely not simple. Even if we have made it incredibly intuitive to do so, you ultimately have more important challenges to deal with than programming an algorithmic reverb. We hear you, and in answer to your requests we offer you the Breeze Simplicity Expansion. 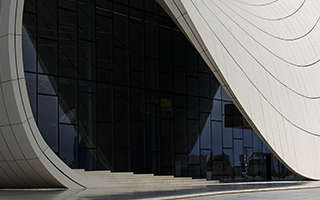 The Breeze Simply Better Expansion was made by Andrew Souter, Breeze 2.0's primary algorithm designer. It was created to coincide with the launch of Breeze 2.0, and focuses exclusively on using all of the extensive new 2.0 features to achieve results that were impossible to achieve with Breeze 1.0. It aims to show just how much diversity Breeze 2.0 is able to achieve within the area of reasonably conservative daily-needs presets. It offers authentic as well as hyper-real dispersive plates, ultra-dense chambers, slow-building halls, immaculate ambiences, creatively colored spaces for unique spectral effects, and more. It is suitable for a wide range of music production and scoring needs. It is highly recommended to get the full picture of everything Breeze 2.0 is capable of, and can function as an additional guidance on how to effectively use all the new features. 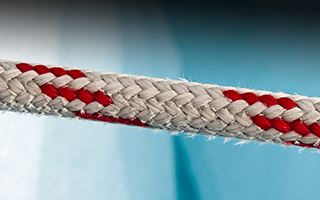 Walk the line with a rarified Breeze of 200 cinematic, thematic, and ambient presets, created by a modern sound-design legend! As the son of a composer and visual artist, Simon Stockhausen's musical and artistic DNA is basically san-gréal. Simon's extensive CV as a composer in contemporary classical and modern jazz is too long too list here. His work in German theatre and the world of orchestral performance is equally awe inspiring. His legendary work as a sound-designer is found in the factory banks of many leading companies such as Steinberg, Native Instruments, UVI, and many others. He is the founder of Patchpool where he develops and distributes content for over 20 different synth, sampler, and effects products. His work is heard all over the globe in major film, TV, and game productions.

Simon comments: "In Glacier Breeze I was striving to manifest the most extreme, most beautiful, most awkward, and above all, the most musically inspiring sounds I could conjure. I threw a myriad of different sources at it and the result was always somehow otherworldly yet strangely organic. I found Breeze 2 to be intense, huge, lush, and deeply inspiring. From ambient music and experimental soundscapes to effects one wouldn’t expect from an algorithmic reverb, I braved the elements many late nights, witnessed an aurora borealis or two and attempted to chart new creative territory in Breeze. I included special effects for all kinds of instruments and vocals. Additionally, I also included presets for orchestral processing, general daily-use reverbs, and some drum and percussion processing as I started to integrate Breeze into my contemporary classical composition, scoring and theater templates where I found it to be equally useful."

Born from legacy and built for today! The Spacial Creatives Expansion is a bank of 200 hyper-real, imagined and creative spaces for use in all forms of rock, post rock, synth pop, and contemporary electronic music production. This expansion was created by Andrew Schlesinger of Synthetic Productions. Andrew has designed countless factory presets for legendary hardware device manufacturers including Lexicon, TC Electronics, Yamaha, Sony, Eventide, Roland, Korg, Kurzweil, Emu, Alesis, and Casio among others. His work can be found in a slew of seminal synth and effects products developed over the last 30 years which helped define entire periods of music culture. His highly regarded work has continued to this day via recent collaborations with software leaders including SoundToys, Spectrasonics, and now 2CAudio. Andrew also produces ambient and alternative electronic music under the artist alias "Synsect". Be sure to check out his work at www.synsect.com. 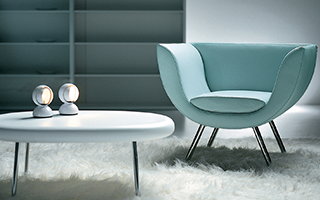 The Breeze Simplicity Expansion was created for Breeze 1.0 by our good friend Deneb Pinjo of Aether Preset Expansion fame and offers over 200 new world-class presets which can be used in Breeze 1.0 or 2.0. It covers awesome ambiences, chill-out chambers, delicious drum spaces, heavenly halls, intricate instrument spaces, plush plates, rockin' rooms, and vigilant vocal spaces. Its focus is on subtlety and balanced taste. You won't find huge mystical presets, or crazy special effects here. What you will find, are the staples you will come to love and depend on daily for use with real instruments, vocals, drums, and synths. Den is a true master of sculpting the perfect spectral balance and spatial image in his presets. Regardless of whether your work is rock, pop, orchestral, electronic, or more intimate acoustic styles, Den's work is certain to give your projects that expensive, larger-than-life sound that paradoxically somehow magically seems to glue a mix together perfectly while remaining subtle and tasteful.

All Breeze Expansions are priced at a modest price of $24.95 or $69.95 for all 4. They may also be purchased together with Breeze 2.0, in the Breeze Pack for $175.95, saving $75. The Breeze Expansions and eight other preset expansions for Aether and B2 are also included as part of The Perfect Storm Pack.

The Breeze Expansions are a response to customer requests for more world-class Breeze presets. We must admit, at first we thought this was a heretical request - after all, who needs a ton of more presets for a plug-in that only has a few more than ten controls? Upon further consideration however, and upon realizing many of these requests were coming from some of our highest profile and most knowledgable clients - people who are more than capable of making custom presets themselves - we remembered what we should not have forgotten: time is money, the world has enough complexity in it already, and musical creativity is often about staying in the flow and avoiding anything that might potentially disrupt it - even simple tasks. We were convinced. We were determined to simplify simplicity.

The Breeze Expansions are compatible with Breeze 2.0.3 and higher.

“ 2CAudio has hit another home run with this excellent workhorse reverb.

Cons: Nothing to speak of. ”
- Music Radar, UK, 07/2011
“ Sonically, Breeze is every bit as good as we expected from 2CAudio, standing tall among the best modern algorithmic reverbs we've tried. We'd be more than happy to employ it in any mix situation, and it's a dab-hand at FX-orientated sounds, too. Breeze is for those who like their plug-ins to-the-point and easy-to-use, as there's really nothing superfluous to be found here. It's a joy to employ and comes very highly recommended indeed. Superb. ”
- Computer Music, UK, 07/2011
“ The designers have done a fine job of making reverb creation easy and fun, while (most importantly) delivering top shelf results. Like Aether, Breeze's reverbs are very lush. You have to hear it to know what I mean. The tails are sooo smooth. Gone are the metallic and artificial discrete echoes of some cheaper plugin verbs. I've been using one of my higher end hardware units (ends in -CON) recently for some computer-less scenarios. Not only does Breeze hold up to it, but in some cases I've noticed how much higher the resolution of Breeze sounds, especially for dramatic or long reverbs. It feels almost like going from 16 to 24 bits. ”
- Audio News Room, IT, 03/2011