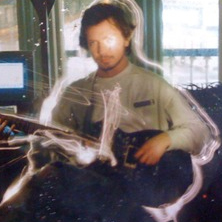 As a producer and programmer James is credited with 60 million record sales worldwide. His work has won 3 Brit awards, 18 Grammys and 2 Ivor Novello awards since 2001. Not only has James worked for some of the most respected and established artists of this generation, but he has also helped establish the sound and sonic identities of numerous major league acts, defining their outputs well after his musical interventions. Jamess client list includes: U2, Madonna, Dido, Phil Collins, Manic Street Preachers, Kylie Minogue, Mel C, Brian Eno, Keane, Sinead OConnor, The Cardigans, Roxy Music, Bryan Ferry, Alex James from Blur, Pet Shop Boys, Joe Satriani, Siobhan Donaghy, Bryan Adams, KD Lang, Annie Lennox, The Cure ...and many more! James currently runs Vibey Studios in Normandy, France, where he developed several of the aformentioned artists.

I think that a bad reverb can spoil everything ... up till now most reverbs just smudge all the audio until you are just left with a muddy sound.. What I love about Aether is that is keeps in integrity overall.. and this is important to me.

What are some of your favorite reverbs, hardware or software, that you have used throughout your long career? Do you still use any of these?

My most favourite two hardware reverbs of all time would be... number one A Quantec and number two the 44k reverb in the ASR 10.... Aether is the closest reverb to both these units in the software reverb market.. without a doubt !!! 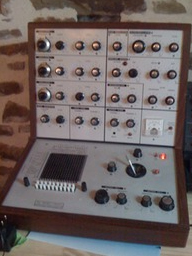 Any general tips for younger producers on effective reverb use or secret recipes you care to share?

Buy an old French 'corps de ferme'... which is a courtyarded French manor.. preferably with Turrets and battlements generally.. And then set up some big old speakers in one corner pointing to the other corner of the courtyard.. and set up mikes at the other end... or alongside the speakers... Then use the whole setup on your desk as a send and return. Make sure you have no neighbours for at least 3 miles.. then you can crank it up all night !

I have been writing for a girl band that are re-forming... and developing a new act, He currently does not have a stage name, we are currently at the mix stage.

It sounds 'real' and glorious !!!.. I love the sound of the presets and also the names conjure up all the right images in the music.

Do you tend to use Aether for extreme FX oriented presets, or more subtle and traditional reverb needs, or both?

I usually use Aether as a mainline effect reverb... I tend to get right into it and have it loud and proud ! 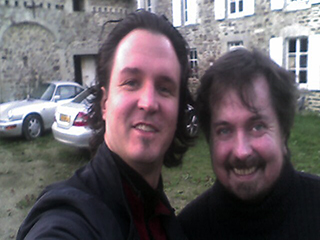 Andrew and James freezing outside Vibey Studios in Nov 06...

1 or 2 big ones as major mainline effects.

Always designing presets.. just to tweak the weirdness and get vibey.

... all in the pipeline! Top Secret. Sorry mate. 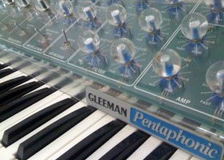 Your studio, Vibey Studios in Normandy, as well as your general aesthetic is focused on feeling and vibe. How do you go about finding that magic for a particular project or artist?

When I first worked with Brian Eno I saw that his studios was set up quite differently from 'normal' studios. He tended to have lots of little recording 'areas' rather than one big studio. I felt that this was way of working was much more 'vibey' because once you get bored of one thing you can can move onto something else without having to stop what you are doing completely and take everything down.. you could just leave it set up and move onto something else and then come back to it later if you wished.... So you are always creating. What I like to do is create an environment where the artist and myself can have fun with experimenting with lots of different musical devices both together and on our own. I have lots of rooms with weird and wonderful musical instruments in them. I make sure there is always some way to record it near by. So that the if artist has been experimenting with a Moog in their room late at night they have a rig there that they can record it with and then we can use the recording in the final master if we like. I always work towards empowering the artist by teaching them everything I know about synths and effects so that we can work together to create a vibey and trippy creative work of art. I encourage 'play' and discourage 'red light' pressure, for example I rarely tell people when I am recording them and after a while people get used to experimenting and comping the takes without being intimidated by the idea that they have to perform 'the take'.... The big red light in the studio doesn't really, in my opinion, help create the best take.. it just tends to stop people experimenting and taking risks.

What role does technology play in helping you to reach this vibey feeling? Does it inspire the process often or do you start first with song-writing and then graduate to technology to augment the existing story?

I like to use all sorts of ways to start a song...I sometimes just create hundreds of little loops on a Digitech Jamman with guitar, synth or Omnichord and then go through them afterwards to see which ones I like the feel of. Then technology is quite important. Some people write songs on a piano or guitar and then transfer them to the studio... but that is not really the way I work.... Having said that though I never conceive a song the same way twice.... Recently I have been improvising whole pieces with the guitar and Jamman and then importing them into Logic and building a song around them.... I suppose one generalisation is that I will try and start a song on something other than a computer. I don't like sitting at a clear sequence page on Logic starting from scratch I like to have imported something in to start with....I will also be encouraging the artist to write lots of rough sketches and so we will often pick one of those to start writing the song.

We understand you have quite an impressive collection of rare synthesizers. Any favorites? What do you like about them specifically?

Well the thing about synths and weird musical devices is that they are all different and you can not always do the same thing on one that you can do on another. so they force you to have 'happy accidents'... For example on of my favourite Keane songs I co-wrote 'Under the Walnut tree' is based around the weird way that the Korg Mono/Poly arpegiates. The album that I have just finished recently has many songs on it that are rich in 'peculiar synth peculiarities'.

What was it like to work with and learn about synthesis from Brian Eno?

Well, words fail me !... I have a blue folder full of VCS 3 patches that Brian and I re-created using his VCS3 Synthi A and my VCS 3 Putney... these patches are Goldust !... Brian asked me to help him sell his Synthi A afterwards, I couldn't understand why he would ever sell it, but he was adamant. We ended up selling it on the V.E.M.I.A auction for 20,000 pounds (I think?).... It was the synth he had used with David Bowie and on various other fantastic recordings. Anyhow back to the question... I learnt loads about synths but also I learnt about different ways of working which I commented on before and this really has effected the way I worked subsequently and I suppose this has helped form my 'sound'... Brian also has taught me about the 'motivation' in music. Why do we do it in the first place etc....big subject this....